How Carpenters Are Exposed to Asbestos and Get Mesothelioma

You work as a carpenter. Asbestos very likely was all around you while you did your job throughout your career.

Because of that, you live with at least a moderate to high risk of eventually being stricken by mesothelioma — if it hasn’t already happened.

Your exposure to asbestos did not come from handling wood, nails or carpentry tools. These products are ordinarily asbestos-free.

Instead, your exposure probably came from other types of construction materials – mainly, those made prior to the 1990s and used mostly by other trades, but sometimes your own:

As a carpenter, you’ve been around these materials a lot because your trade is one that typically works more days at each jobsite than other trade do.

For example, the time you spent putting up framing is far longer than the time a plumbing crew would have spent running asbestos-containing pipe throughout the structure.

After that pipe was laid, the plumbing crew would be gone. But you and the asbestos would still be there. And you would be there even longer because a carpenter’s work is far from over once the studs, joists, rafters and exterior sheets are in place.

Other Opportunities for Asbestos Exposure 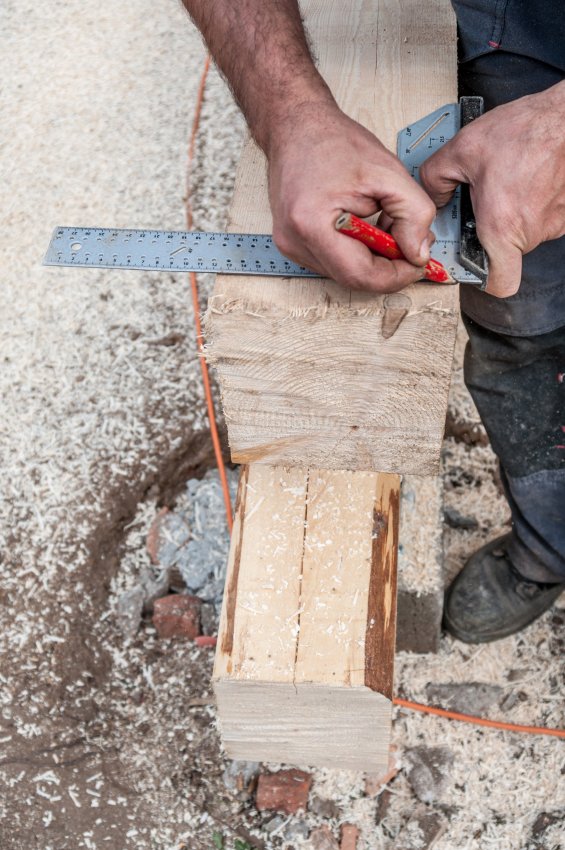 On the jobs you took, you might have been asked to stay on to also install the drywall. Perhaps were brought back for the finish phase involving the making and hanging of cabinets and doors.

You might have also been asked to do the creation and placement of shelves, panels, banisters, molding and other woodwork.

Being onsite longer is one reason the British Journal of Cancer believes that carpenters in the United Kingdom have the very highest rates of mesothelioma among all construction trades.

It is important to understand that your asbestos exposure varies depending on the type of project.

You would have experienced less exposure on new-construction jobs than you would have on jobs involving renovation and remodeling.

This is because there is a probability that any structure you renovated or remodeled was originally built using asbestos-containing construction materials.

Hammering, sawing, tearing out, pulling down, drilling, sanding and otherwise banging up those materials causes tiny particles of asbestos to be released into the air immediately around you.

You inhale those particles. From your nose, they would have gone into your lungs and not come back out.

Mesothelioma occurs when trapped fibers corrupt healthy cells lining the exterior of the lungs. The lining is called the mesothelium.

This causes the healthy cells to mutate into cancer cells. Scientists do not yet fully understand how this happens. They just know that it does.

Many retired and currently employed carpenters are members of the United Brotherhood of Carpenters and Joiners of America. Nearly one-half-million strong, the UBC represents workers in every facet of carpentry, as well as those who earn a living as drywallers, lathers, pile drivers, scaffolders, roofers and millworkers.

The UBC has long strived to educate its members about the dangers of asbestos exposure.

For example, the UBC offers a comprehensive training course for members involved in renovating and remodeling hospitals. The program teaches UBC carpenters how to spot asbestos hazards and how best to minimize risk of exposure to themselves, colleagues from other trades, hospital staff and patients.

Clearly, the UBC recognizes that asbestos is a problem for retired carpenters and for members still earning a paycheck.

Whether or not you belong to the UBC, if you are or were a carpenter, you owe it to yourself and your loved ones to see a mesothelioma doctor and have yourself tested as soon as possible.