You draw, bend, punch, spin, press and shear metals of many kinds.

Your activities result in the creation of metal sheets for use in homes, commercial buildings, factories, plants, ships, planes, trains, buses, trucks and cars.

Or you’re the one who takes metal sheets made by others and installs them where they belong.

Either way, your job as a sheet metal worker puts you in contact with asbestos. Because of that, your risk of eventually developing mesothelioma is moderate to high.

Asbestos is contained in many of the materials and finished goods to which your job exposes you. These include:

Asbestos comes from the earth. It’s a mineral. Deposits of it seem to be everywhere. And wherever those deposits are, they’re usually easy to dig up, inexpensive to transport, and cheap to process.

Asbestos is contained in the materials and products of your trade because it does such an effective job. It keeps flames and intense heat away from you, other people and things that might melt or burn.

The metals you handle may be finished in a coating of asbestos. Or parts and structures to which you attach your metals may have asbestos on or in them.

The personal protective articles you wear or keep handy while you work might also have asbestos in them — things like gloves, aprons, helmets and blankets. 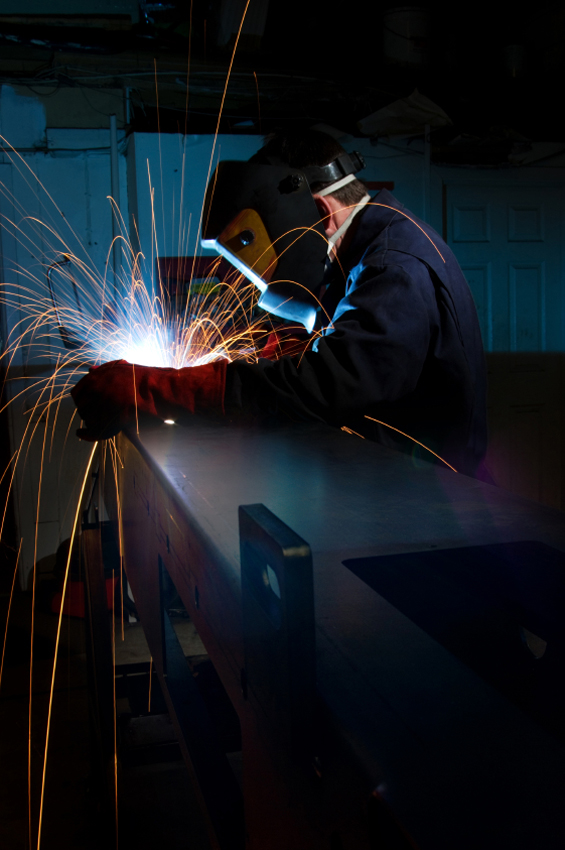 But that was then, this is now. The materials and products containing asbestos are much fewer today because of regulations and industry trends dating back to the 1970s.

Basically, asbestos exposure is now likely to happen to you only if you work with materials and products that are at least 40 years old.

But don’t breathe a sigh of relief just yet. These 40-year-old materials and products are still around.

You encounter them at renovations or expansions of old structures of almost any type. When those projects were originally built, they were made with asbestos-containing materials and products.

Unless steps were taken during the years in between to remove the asbestos, the mineral is still there waiting to make you fall sick.

The way you become exposed to the asbestos contained in those materials and products is if the asbestos is released into the air you breathe. It doesn’t take much to trigger a release.

All you have to do is take whatever contains the asbestos and cut into it, bend it, hammer it, drill holes in it, or subject it to any number of other possible actions required to put it to its intended use.

And it doesn’t have to be you doing any of this. It could be done by someone in one of the other trades working alongside you or even in another part of the jobsite.

Asbestos in the air poses real danger for you because you’re probably going to end up breathing or swallowing some of it.

Asbestos you inhale or ingest goes deep into your body and stays there. The effects aren’t felt immediately. It takes decades before the damage shows up.

But when it does show up, it’s usually damage in the form of deadly mesothelioma.

You probably belong to the Sheet Metal Workers International Association. This organization has long been concerned about the effect of asbestos exposure on its members.

One of the first things they did at the Trust was commission an asbestos-impact study. The results revealed that nearly one-third of SMWIA members were experiencing lung problems.

So the union began pushing for the adoption of better protections against workplace asbestos. A decade or so later, the Trust commissioned a second study to see if those protections were working.

The results this time showed that lung problems had declined by about 35 percent.

Bottom line: the SMWIA is looking out for you.

Contact the union today for more information about its ongoing battles against asbestos and to find out what it advises you to do if you’re now at risk for mesothelioma.