You work at a vermiculite exfoliation plant. For a long time your plant accepted ore from a mine in Libby, Montana.

All of the ore from that mine was contaminated with asbestos. Also, asbestos is or was used in several of your plant’s systems.

As a result, it is likely you have been exposed to asbestos. That gives you a moderate to high risk of getting mesothelioma.

Asbestos exposure at a vermiculite exfoliation plant can come from:

The contaminated Libby ore was a problem from the day that mine opened in 1923 until the day it closed in 1990. Even though it has been quite a while since your plant last received any of that bad ore, the ill effects of those deliveries may yet linger to this day.

Asbestos in the Air 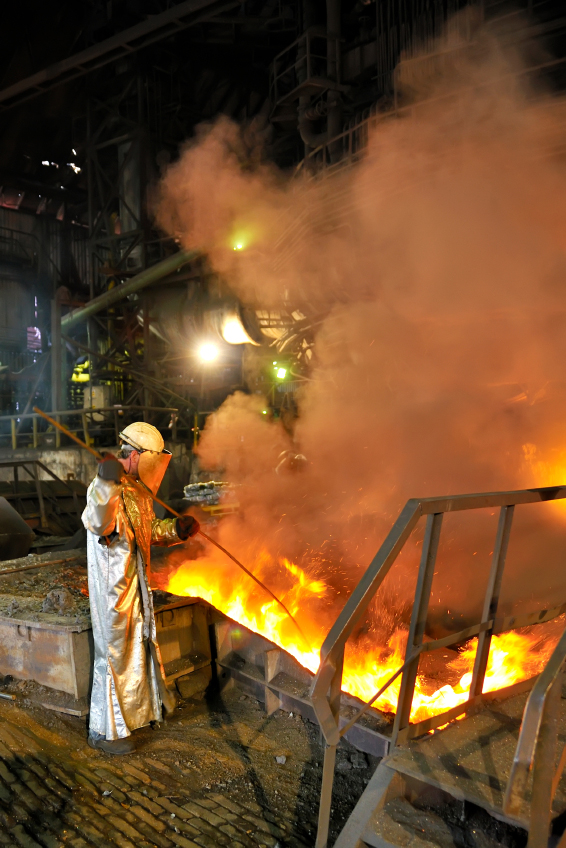 As you know, the process of vermiculite exfoliation causes particulates to be emitted into the air. Particulates break free from vermiculite during offloading from arriving trucks or train cars, staging, exfoliating, pulverizing, sifting and bagging.You’re looking at a potentially lethal health hazard if asbestos is among those emitted particulates.
The Environmental Protection Agency (EPA) described this problem years ago with a study of one vermiculite exfoliating plant that received ore from the Libby mine.

The study revealed that asbestos from the vermiculite was emitted into the air but then found its way into the soil surrounding the plant. The EPA investigators said the asbestos in the soil could easily get back into the air.

All that was necessary would be for a plant worker to walk by it. Each footstep taken by that worker would stir the asbestos and send it back into the air.

Furnace Can Be an Asbestos Source

But in addition to Libby ore particulate emissions, asbestos danger can come from your plant’s furnace, its associated systems, and any materials used in support of its operation.

The 1,500 degrees of heat that your furnace is capable of producing practically cry out for asbestos.
That’s because asbestos contains high heat. And it does this very economically. It’s the reason why furnace makers and operators in the last century used it all the time in bricks, mortar and duct jackets.

Some of those asbestos-containing furnaces and components from the last century are still around and in operation today.

The problem is that asbestos used to contain furnace heat can get into the air — like the asbestos in the soil around the plant.

It gets into the air when you or someone else hammers, cuts, grinds or performs almost any kind of work on a piece of equipment or material containing the toxic mineral.

Lungs or intestines, the fibers stay there for the remainder of your life.

Time goes by. Years pass. Decades pass. Finally, one day, you’re told by a doctor that you have mesothelioma. How the trapped asbestos causes this is a big question that science has not been able to answer yet.

As a vermiculite exfoliation plant worker, you might be represented by the United Mine Workers of America.

As a furnace specialist you may instead be represented by the International Brotherhood of Boilermakers, Iron Ship Builders, Blacksmiths, Forgers and Helpers.

Or perhaps you belong to one of the other unions likely to be onsite, given the diversity of worker types that staff the typical vermiculite exfoliation plant.

To whichever union you belong, know that yours is very much concerned about the dangers of asbestos exposure. Your union probably offers health programs designed to support your efforts to avoid mesothelioma if you haven’t yet become sick with it and fight hard against it if you have.

They also probably offer education and training to equip you to be safer if asbestos is still a factor today in your workplace. And, your union is no doubt active in pushing management to do more to ensure that you’re protected on the job.

Contact your union today for more information about its stance on asbestos awareness and about mesothelioma prevention and treatment.