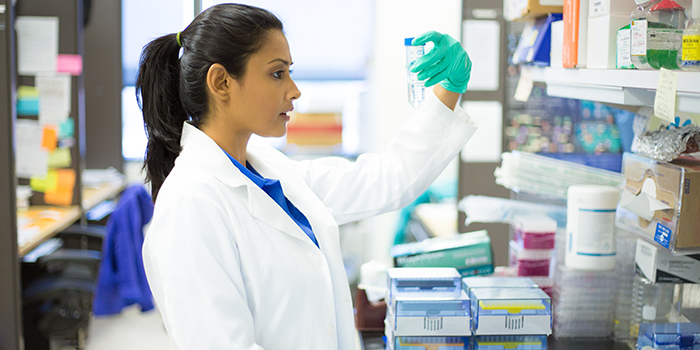 BAP1 Defect Occurs More in Peritoneal Mesothelioma than in Pleural

It’s called peritoneal mesothelioma if it starts on the tissues over your abdomen. Wherever it starts, mesothelioma is triggered by exposure to asbestos that you either inhale or swallow.

Asbestos you inhale (typically without knowing you’re inhaling it) passes into your lungs. It remains trapped there for decades.

The trapped asbestos causes mesothelioma by mutating the healthy cells that make up the surrounding tissue (which is called a mesothelium).

Cancer scientists don’t know for sure how asbestos does this. But they have some theories.

One idea is that asbestos changes the character of the cells at their genetic level. The changes disrupt certain activities that normally take place inside cells.

The changes can also switch on activities that don’t normally occur. Either way, cancer is the result.

A related idea is that certain of these genetic changes occur in the peritoneal form of mesothelioma more often than they do in the pleural variety.

Researchers from the Clinical Cancer Genomics Lab and the Department of Pathology at the University of California recently tested these two ideas.

They began by taking a look at 510 genes from 13 patients. Each of these patients had been diagnosed with peritoneal mesothelioma.

The examination of the genes involved “sequencing.” Gene sequencing is the process of determining the order of the nucleotides making up that gene.

Nucleotides are molecules that act as building blocks for nucleic acids. Nucleic acids are vital because they are used to produce copies of the genes carried within the cells.

The researchers repeatedly found that the genes belonging to these 13 peritoneal mesothelioma patients had mutated.

The most common mutation involved the BAP1 gene. This particular mutation was seen in nine of the 13 patients. There was a variant of it seen in two others.

The researchers pointed out that these three gene mutations also show up in patients with pleural mesothelioma. However, it’s much more common to see them in peritoneal mesothelioma cases.

The researcher’s shared their findings in an article published in the journal Modern Pathology.

The title of the article is “Genomic Profiling of Malignant Peritoneal Mesothelioma Reveals Recurrent Alterations in Epigenetic Regulatory Genes BAP1, SETD2, and DDX3X.”