In order to get mesothelioma, you must come in contact with asbestos.  However, contact can happen even if you don’t directly handle asbestos or any products made with it.

This type of contact is known as “secondary” or “household” exposure and most commonly occurs when the person who has direct contact with asbestos at his workplace carries asbestos particles home on his clothes, or in his hair.

According to the American Journal of Respiratory and Critical Care, asbestos dust is often unintentionally brought home. Once there, it finds its way inside the bodies of others who also live there.

At risk of developing mesothelioma from secondary exposure are that worker’s:

What typically happens is a worker comes home covered in asbestos dust. He removes his soiled clothing and flings those garments onto the laundry pile. 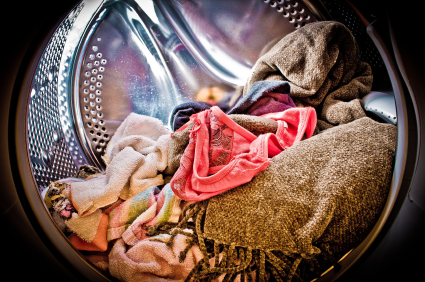 When this happens, he scatters asbestos dust all around the room. More asbestos dust is spread when the clothes are transferred to the washing machine.

Dust that settled onto his hair and skin also comes off and he enters the home.  It can be tracked all over the house.

This makes anyone who lives there a victim of asbestos secondary exposure. Even visitors just stopping in for a short time can be affected.

Not everyone who suffers secondary exposure develops mesothelioma, and the number of people who actually do get it this way is small.

However, researchers worry that heredity plays a role in triggering mesothelioma among some secondary exposure victims. These scientists believe that the genetic traits of certain people make them more susceptible to the disease.

A study conducted by the University of Trieste in Italy looked at pleural mesothelioma cases connected to a shipyard where workers used asbestos products. The investigators found that 6.5% of the mesothelioma victims did not work there, but were instead blood relatives of patients who did. 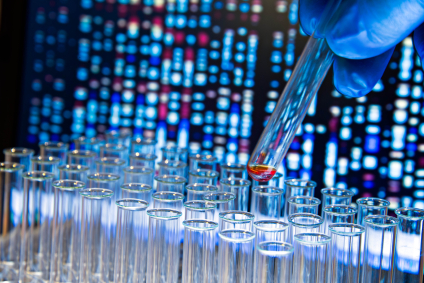 The Industrial Health journal says the study concluded that risk for secondary exposure victims is higher if they have the same gene mix as the direct-exposure mesothelioma patient.

The researchers also wondered if diet contributed to this higher risk among blood relatives. Immediate kin usually eat meals together; that means they share a diet in common.

Scientists state that diet can affect the both the onset and progress of cancer.  Although this study’s findings about diet were inconclusive, it is an area for future study.

However, researchers are concerned that secondary exposure in childhood promotes earlier adult onset of mesothelioma.

Scientists believe that secondary exposure affects children differently than it does adults. This is because the contact with asbestos occurs at a stage when young internal organs are still developing.

The journal Annals of the New York Academy of Sciences published a study arguing that the growth years for children “create windows of great vulnerability to environmental toxicants” such as asbestos.  In another article they reported that the unique ways in which children’s physiology interacts with the surrounding environment makes them more prone to suffer harm from secondary exposures to asbestos.

Cats and Dogs Are Not Immune

The University of Bologna in Italy counted 20 cases in which cats were treated for mesothelioma, mostly of the peritoneum. Researchers suspect that the asbestos dust brought home settled onto the cats’ fur or stuck to their paws when they walked across the floor. Then it was swallowed as they groomed themselves. Or it fell into the cats’ food and water bowls. 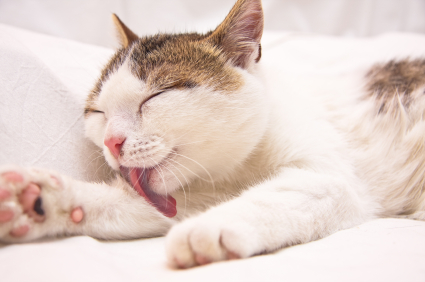 The remaining cases involved mesothelioma of the pleura. This suggests that the cats inhaled the dust, perhaps as each lay with its nose resting on contaminated bedding.

Meanwhile, the Veterinary Hospital of the University of Pennsylvania reported 18 cases of mesothelioma in dogs during a four-year period. Their study made clear that dogs are vulnerable to secondary exposure in the same ways as cats.

Take Action If You’re Been Exposed

Secondary exposure to asbestos is potentially every bit as hazardous to your health as the exposure that comes from direct contact with asbestos. If you believe you may been exposed, immediately consult a physician who is familiar with mesothelioma and ask for a complete medical evaluation.