The American Cancer Society reports that there are approximately 3,000 new cases of mesothelioma cancer diagnosed each year. More than 2,500 people who are diagnosed die from it each year.

The cause of mesothelioma is not a mystery. In the majority of cases, the culprit is exposure to the mineral asbestos. Medical and environmental factors may also play a small role, according to WebMD.com.

If you or a family member worked at a blue-collar job, served in the military, or worked or lived in an older home, you probably came into contact with asbestos not just once or twice but daily for weeks or years. Although it typically takes several decades after exposure for mesothelioma to develop, some victims of the disease had only a single encounter with asbestos.

Knowing why you or a family member gets mesothelioma does not make the news any easier to bear. It can, however, help you take the steps necessary to fight this killer cancer.

Asbestos is a naturally occurring silicate (a mineral containing silicone and oxygen). It is used when things need to be made fireproof, flame-retardant or able to block heat. Asbestos was used in a long list of materials and products for the consumer, industrial and military markets. 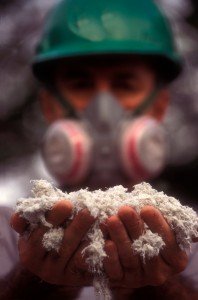 It was used to fashion bricks for building homes and to produce wallboard, ceiling panels and floor tiles to finish the interiors of those homes. Steam pipes and water heaters also utilized asbestos.

Asbestos went into the sheaths over household electrical cords. This stopped them from becoming dangerously hot from the high current drawn through them to power energy-hungry appliances.

Even patio lawn chairs and loungers once contained asbestos, so that summer afternoons of baking in the sun would not heat the metal frames enough to be able to inflict burns.

Malignant mesothelioma killed 18,068 Americans between 1999 and 2005, according to the U.S. Centers for Disease Control. Not all of those deaths were attributable solely to direct asbestos exposure. They are rare, but other mesothelioma causes can include:

Many mesothelioma victims are individuals who never served in the armed forces or worked in a trade where asbestos was present or lived in a home containing asbestos products. How is that possible? 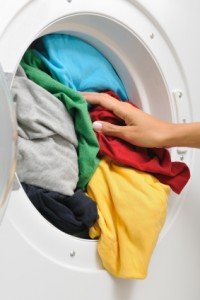 A common situation is where a mesothelioma patient’s exposure to asbestos occurred because of contact with someone whose clothes were contaminated by asbestos dust. For example, a husband who works with asbestos products comes home at the end of the day and his shop uniform or overalls are blanketed with tiny fibers of asbestos.

From the moment he walks through the door, those asbestos particles shed from his clothes and begin floating around in the air. More fibers become airborne as he removes his dirty garments and, later, when his spouse handles them while loading the washing machine.

Every member of the household at some point inhales asbestos and joins the ranks of those at risk of developing mesothelioma.

What to Do if You’ve Been Exposed

Millions of people have been exposed to asbestos, and not all of them will develop cancer. But being vigilant about your health, and the safety of your home and workplace, can help protect you and your family.

The first step if you think you’ve been exposed to asbestos is to closely monitor your health. If you have difficulty breathing or other symptoms in your chest, see a doctor. Likewise, if you live or work in an old building, consider having it tested for asbestos.

If you have questions about the presence of asbestos in your home or want to know how to connect with a doctor specializing in mesothelioma, you can contact our patient support center.