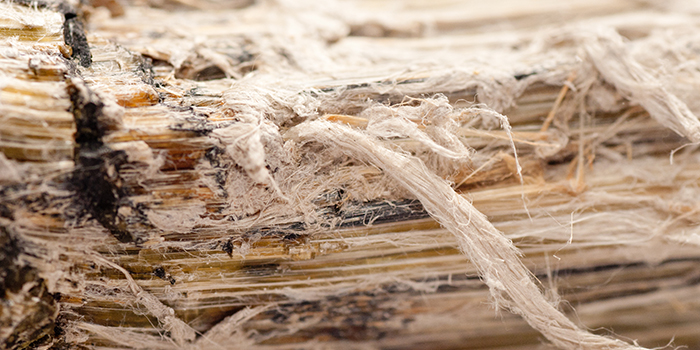 Mesothelioma Patients Get a High Fiber Lung Burden from Work

You get mesothelioma from being exposed to asbestos. It doesn’t take much exposure to cause mesothelioma. A little bit of asbestos exposure just one time can be enough to get things started.

However, most workers who develop mesothelioma are exposed to a lot of asbestos on the job, over the course of many years.

These are the conclusions researchers in Italy reached after studying the amount of asbestos fibers that builds up in the lungs of workers in various industries.

According to these researchers, the median amount of asbestos found in the lungs of the mesothelioma-stricken workers they studied was 2 million fibers for every gram of dry lung tissue.

That’s a significant amount of asbestos to be carrying around inside your lungs. Having a lot of it in your lungs is bad because that just makes it all the easier for mesothelioma to develop.

Trapped asbestos is characterized by doctors and researchers as the “fiber lung burden.” The researchers from Italy looked at the fiber burden of 271 malignant mesothelioma patients.

All were men. They were exposed to asbestos two or more decades before they developed mesothelioma.

The researchers made their observations by examining lungs that had been removed from these patients. Some of the lungs were from mesothelioma patients who had undergone a pleuropneumonectomy. Others were obtained from autopsies.

The samples were studied with the aid of an electron microscope. Electron microscopes are super powerful. The one used by the researchers made it very easy to see the trapped tiny fibers of asbestos.

The researchers also read the medical histories that came with the lung samples. They identified 248 of the 271 patients as having job-related asbestos exposure.

Some in this group were definitely exposed to asbestos at work. It wasn’t clear if the others also were exposed there. So, the researchers listed them as either “probably” or “possibly” exposed at work.

There are several varieties of asbestos fibers. Slightly more than 91 percent of all 271 mesothelioma patients had asbestos fibers of the amphibole type. Amphibole is the most harmful.

The researchers also figured out which jobs were worst when it came to fiber lung burden. Topping that list were jobs in the textiles and shipbuilding industries.

Lower down on the list were jobs in construction, automotive repair and chemical processing.

The researchers wrote about all this in an article that was published in the journal Occupational Environmental Medicine. The title is “Residual Fibre Lung Burden Among Patients with Pleural Mesothelioma Who Have Been Occupationally Exposed to Asbestos.”

The researchers are from mesothelioma registries in the cities of Padua and Brescia, and from the Lombardy Environmental Protection Agency in Milan.