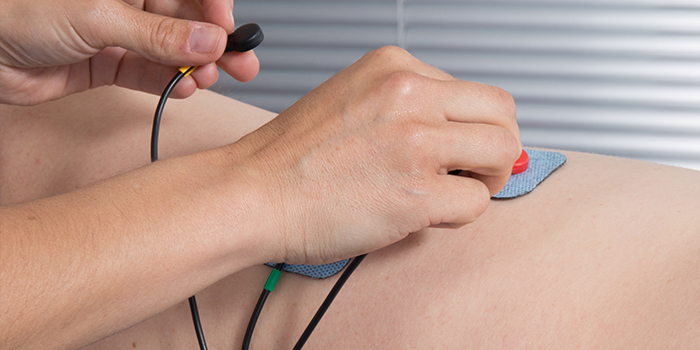 A device that disrupts mesothelioma cells by subjecting them to an electrical field is being tested in Europe. The device is designed to be used in combination with chemotherapy.

The company that makes the device says a Phase 2 clinical trial is now underway. It will be some time yet before the trial is completed.

However, there are already results coming in. So far, those results look encouraging.

The device is called a NovoTTF-100L. TTF stands for Tumor Treating Fields, which the company abbreviates as TTFields in its literature.

The NovoTTF-100L works by generating a low intensity, alternating electrical field. This field surrounds and enters mesothelioma cells as they’re about to divide. Dividing is how cells reproduce. The division process is called mitosis.

The electrical field produced by the NovoTTF-100L attracts and then repels various important molecules inside the cells. This ultimately has the effect of disrupting the mitosis process.

Disruption means the cells fail to divide. That means the mesothelioma can’t spread. Or so the theory goes.

And that’s why the NovoTTF-100L system is being put through its paces in a clinical trial. It’s to see if the theory holds up in practice.

The clinical trial involves patients who have never before been treated for mesothelioma and are beyond the point where surgery is an option. The goal is to enroll 80 patients.

Participants are receiving platinum-based chemotherapy plus pemetrexed. TTFields therapy is being given in addition to that to see how much it helps, if at all.

The NovoTTF-100L is a device the patients wear. The patients all have pleural mesothelioma, so the unit is worn over the chest but under the clothes and directly in contact with the skin.

This allows the alternating electrical field produced by the device to penetrate down into the lung region where the tumors are located. The field is delivered at the specific frequency of 150 kHz. The company says 150 kHz is the frequency that gives the best results.

The company adds that the electrical field doesn’t affect people nearby. Also, the field does not interfere with consumer electronics, such as cell phones or wireless laptops.

Patients wear the battery-powered device for at least 18 hours a day. However, they don’t have to wear it for 18 hours in a row. They’re fine as long as they get 18 hours total spread over each 24-hour period.

The NovoTTF-100L is built for portability. This allows active-lifestyle patients to take it with them everywhere (except in the shower).

With chemotherapy alone, the one-year survival rate is normally right around 50 percent. The median progression-free survival is 5.7 months.

But the patients in this clinical trial have a one-year survival rate of just under 80 percent, thanks to the addition of TTFields therapy. Their median progression-free survival is 7.3 months.

The early data indicates that TTFields therapy is tolerable and safe. It may be two years before final figures are available.