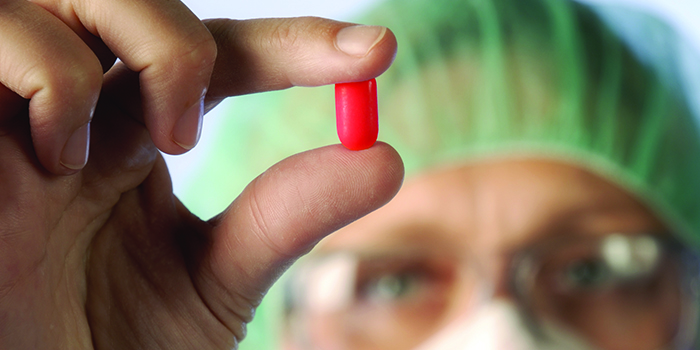 Tamoxifen is a drug commonly given to both men and women who have breast cancer. It might someday also be given to mesothelioma patients.

Breast cancer feeds off estrogen. Apparently so does mesothelioma.

This discovery was made by researchers from Beaumont Hospital in Dublin, Ireland, and from the Royal College of Surgeons in Ireland School of Medicine in Selangor, Malaysia. They conducted lab experiments with tamoxifen and four lines of mesothelioma cells.

They wrote about their discovery in an article titled “Tamoxifen Suppresses the Growth of Malignant Pleural Mesothelioma Cells.” It was recently published in the journal Anticancer Research.

The receptor is called estrogen receptor-β. It is believed to play a role in helping mesothelioma cells grow and spread.

The Irish-Malaysian team thought tamoxifen might be a drug capable of putting the brakes on mesothelioma. They seem to be right about that.

Here’s what they found. First, tamoxifen made mesothelioma cells more sensitive to the chemotherapy drug cisplatin.

Second, tamoxifen caused a throttling back of the cyclins within the mesothelioma cells. Cyclins are special proteins that control important processes in a cell. One of the most important is cell division (cells grow by dividing).

The researchers observed that reducing cyclin levels caused the mesothelioma cells to divide slower or not at all. The cyclin levels were reduced because of the tamoxifen.

The third thing the researchers learned was that tamoxifen also encouraged a reboot of the cells’ self-destruct programming. That programming works properly in healthy cells but it goes whacky and stops working when the cell mutates into mesothelioma.

One of the past studies these researchers looked at was published online in the journal Cancer back in 2011.

That study found tamoxifen may reduce the risk of dying from lung cancer. The study was conducted by researchers from France and Switzerland.

The French-Swiss team followed 6,655 women diagnosed with breast cancer. The women were diagnosed between 1980 and 2003. Forty of them also were battling lung cancer.

The researchers saw that the lung cancer patients taking tamoxifen for breast cancer had a dramatically reduced risk of dying from lung cancer.

Other studies available to the French-Swiss team looked at how estrogen can help lung cancer get started. The big takeaway from those studies was that less estrogen should help prevent lung cancer.

Less estrogen is essentially what you get from taking tamoxifen. Estrogen is decreased because the tamoxifen competes for it with the lung cancer cells. And tamoxifen usually wins.

One way tamoxifen wins that competition is by binding itself to the cancer cell’s estrogen receptors. This interferes with the cell’s ability to take in the available estrogen.

Breast cancer patients who take tamoxifen usually are prescribed a daily dose of 20 mg to 40 mg. The French-Swiss researchers didn’t look at the question of how much tamoxifen a mesothelioma patient would need to take. That’s a question to be answered by future research.