Hard to Believe Glaziers Can Get Mesothelioma, But They Do

As a glazier, your risk for mesothelioma results from on-the-job exposure to asbestos.

The exposure occurred with your regular use of products that contained asbestos.

A number of glazing products manufactured before the 1990s commonly contained toxic asbestos. Among them are:

Construction materials made prior to the 1990s and used by other trades also posed an asbestos-exposure risk to glaziers. These products included wallboard, flooring, ceiling panels, insulation, pipes, water heaters, electrical circuits and roofing. 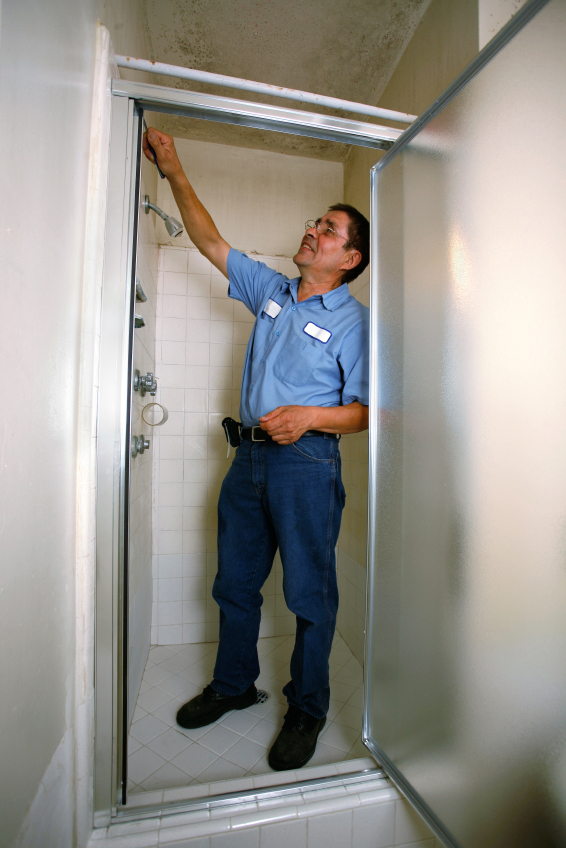 Your work installing mirrors and shower doors in bathrooms may have posed the greatest risk of asbestos exposure. The relatively small, confined space of a bathroom would have concentrated the asbestos dust in the air and ensured that you inhaled plenty of it.Your work installing glass panels from the outside of buildings (such as doors at the entrances of shops and malls) likely posed a lesser risk of asbestos exposure. The open-air environment in which you labored probably prevented asbestos dust particles from reaching the same high concentrations as indoors.However, it does not matter whether asbestos exposure is great or small. Once exposed to any extent, the risk of later developing mesothelioma exists.

Although manufacturers have for the most part stopped using asbestos in construction materials, the toxic mineral remains to this day a widespread problem. Glaziers often install or remove windows in buildings erected before the move away from asbestos.

For example, the metal window frames of a building constructed in 1970 could very well be the same ones originally installed. If so, they probably contain a powdered asbestos core or lining to provide insulation.

Removing these frames may release asbestos dust into the air. The amount of dust that can be spewed is potentially significant if many frames marked for removal are found in a single confined space, as might be true of a school classroom.

Meanwhile, hacking out (removing) aged putty from wooden window frames with the aid of a hacking knife is risky. The process of chipping away at the old material can release asbestos dust into the air.

Using a heat gun to instead soften the putty makes removal easier but no less risky. The old material becomes brittle after cooling and can crumble to dust if manhandled or improperly disposed.

Glazing tasks with the potential to produce asbestos dust include drilling, cutting, filing, hammering, bolting or screwing old frames and other aged components.

Equipment with the potential to contribute to the production of asbestos dust includes chisels, knives, saws, files, grinding wheels, socket wrenches and mallets.

To reduce the health dangers of asbestos exposure, labor unions and trade groups serving glaziers advise their members to wear a respirator while working. This is good practice because a quality facemask-type respirator prevents inhalation of other environmental toxins besides asbestos.

Additionally, hands should be protected with gloves or a barrier cream and washed thoroughly before meals or putting fingers inside the mouth.

Many glaziers belong to the International Union of Painters and Allied Trades. This union represents more than 160,000 active and retired tradesmen in the U.S. and Canada. Its members include not just glaziers but also painters, drywall finishers, wall coverers and floor covering installers.

Injuries among glaziers are common and usually quite serious. However, the effects of most of these injuries are felt immediately or relatively soon after they occur (for example, dropping a large and heavy glass pane on one’s foot). Asbestos exposure is different. Its effects are experienced only after decades pass.