Mesothelioma Strings Linemen Along for Years, Then It Hits

You work as a lineman. You string or bury power lines or communications cables. You also maintain, repair and replace line or cable installed in the past.

This work brings you into contact with asbestos. As a result, your risk of developing mesothelioma is moderate to high.

In addition to power lines and cables sheathed in asbestos, you may encounter the dangerous mineral in any of these items or materials:

The Journal of Occupational and Environmental Medicine reported the results of an asbestos-related lung cancer mortality study among telephone linemen. These linemen were exposed to low levels of asbestos as a result of stringing phone cables.

Before beginning the study, the researchers predicted they would find that low-level asbestos exposure would translate into low numbers of asbestos lung-cancers.

To their shock, the researchers discovered that in reality low-level exposure translated into a high number of lung cancers. Their conclusion: it doesn’t take much to put a lineman at serious risk of mesothelioma.


Lines and Cables Coated with Asbestos 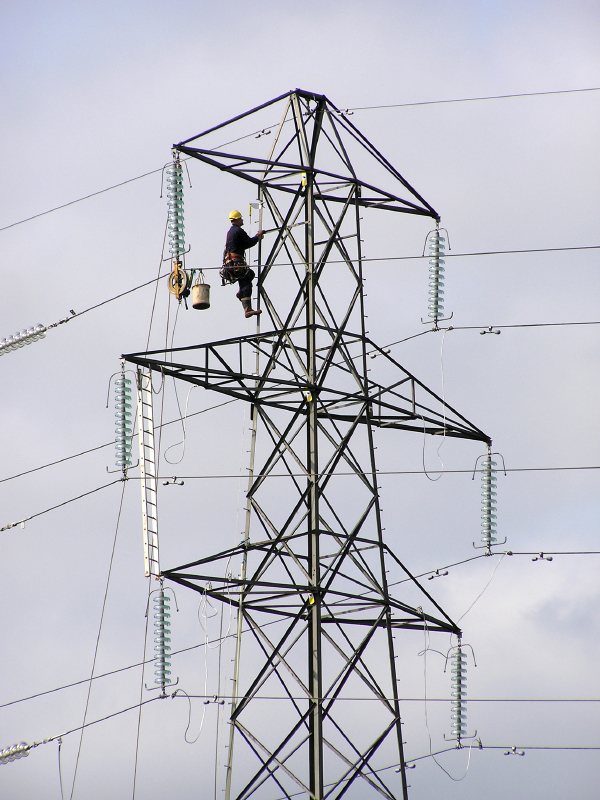 There was a time when lines and cables were routinely coated with asbestos. This was done mainly to contain heat and prevent fires.However, the health dangers of asbestos were known for a long time before manufacturers curtailed use of it.  By the 1980s, there was enough outcry and governmental action that asbestos use for the most part came to an end.

But that hasn’t stop linemen from being exposed, even now. That’s because countless miles of line and cable laid before asbestos substitutes came along remain installed.

When you’re sent to a location to deal with a felled line or cable, it’s possible that you’ll encounter asbestos. It might be on the line or cable. But it might just as easily be in a related piece of equipment.

For example, not too long ago union linemen at a site in Virginia encountered deteriorated asbestos- cable within their work area.

Because of the deterioration, asbestos was able to easily break free and get into the air. Asbestos in the air is very dangerous because of the possibility that you will inhale some of it as you work. It would be no less dangerous if you were to instead swallow some that settled on your lips.

Trapped asbestos causes mesothelioma. It doesn’t happen overnight. It takes years — 10 to 50 or more. But when it finally occurs, the disease grows and spreads at breathtaking speed.

And breathtaking is exactly what it will do to you if the disease starts with your lungs.

If you’re a union lineman, you probably belong to either the 750,000-member International Brotherhood of Electrical Workers (IBEW) or the 700,000-member Communications Workers of America (CWA).

Both have been concerned about the dangers that asbestos poses to its members.

The CWA, for example, pushed employers beginning as far back as the 1970s to implement measures that would better protect workers from asbestos. CWA also worked closely with the federal Occupational Safety and Health Administration to impress on employers the importance of adopting and closely following OSHA’s Asbestos Standard.

Today, both unions urge members to play it safe by assuming any line or cables not specifically labeled asbestos-free contains asbestos.

CWA insists that employers offer each worker two separated lockers or containers — one for street clothes and one for protective clothes.  The union also requires members have access to showers.

CWA is a big proponent of comprehensive medical surveillance programs. It has one in place to keep tabs on the health of 7,000 of its members who it believes are at risk for mesothelioma.

The union believes that linemen working with or near asbestos-containing materials should always tell their personal physician about their contact with the mineral.

That way, the doctor will be able to reduce the odds of mesothelioma being able to sneak up on you.