Mesothelioma Can Cause Rodbusters to Suffer Terribly

You keep the world from collapsing — and it’s all thanks to your expertise in working with rebar and steel mesh.

When a project calls for reinforced concrete, you’re there. Projects such as apartment buildings, tilt-up office parks, highway interchanges and tunnels. You name it.

It’s very possible that you have been exposed to asbestos in the course of your career as a rodbuster. As a result, your risk of developing mesothelioma is moderate to high.

Your exposure to asbestos most likely can be traced to your coming into contact with construction materials and products containing the mineral. These include: 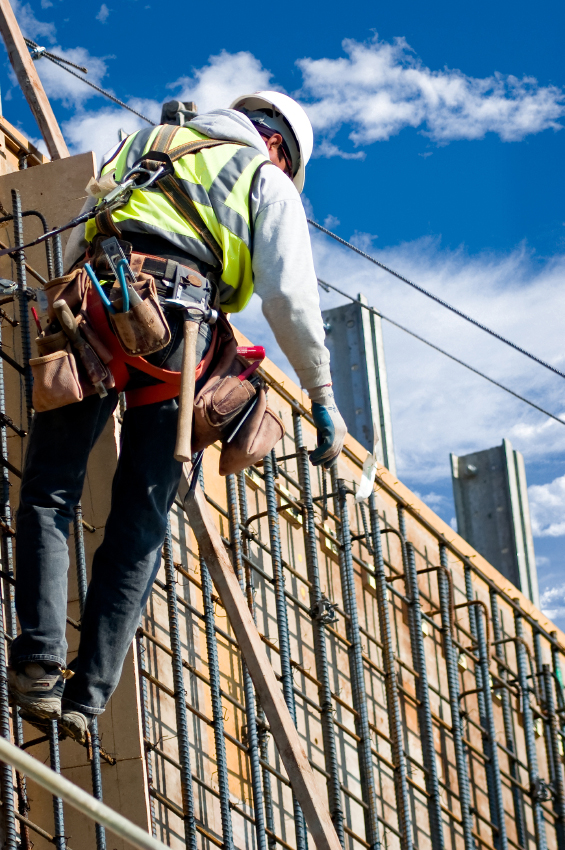 Asbestos isn’t supposed to be in the air. But that’s usually where it is when you encounter it.

It gets there from inside many of the materials and products you work with and around.

The reason asbestos is inside those things in the first place is that it does a great job of shielding them from flames and high heat.

Asbestos also does a great job of making them stronger, lighter and better-looking.

It used to be that asbestos was added to construction materials and products all the time. It made sense to do this because asbestos was so easy to obtain and inexpensive to use.

But then around the 1970s people starting wising up to the mesothelioma risks of asbestos. They called on government to take action against asbestos.

So starting then, laws and regulations were handed down telling makers of construction materials and products to look for asbestos substitutes — safer substitutes.

As a result, you’re not likely today to come across asbestos while you’re rodbusting with new rebar and mesh.

But the opposite will likely be the case if you’re working on an expansion project or renovation of a pre-1980s structure. It will almost surely have materials containing asbestos.

When you do anything to a piece of material filled with asbestos you allow asbestos to escape into the air.

Actions that would cause this to happen include sawing, clamping, grinding, drilling, bending, chipping, hammering and welding.

Asbestos in the air resembles dust. It behaves like dust, too, in that it can remain in the air for hours or days before it finally lands somewhere.

And it’s very easy to kick asbestos back up into the air from whatever it may have settled upon.

When you breathe asbestos that’s in the air, it goes into the deepest parts of your lungs. Or you might instead swallow some of what’s floating around – in that case it goes way into your abdomen.

But the asbestos that goes in doesn’t come back out. After a few decades of being trapped inside you, it creates mesothelioma.

When the government started banning asbestos back in the 1970s, it did so in part because trade unions made a lot of noise about the mineral’s dangers.

Among the unions that helped convince the government to do something about asbestos was the International Association of Bridge, Structural, Ornamental and Reinforcing Iron Workers Union.

As a rodbuster, you probably are a member of this fine organization. You should be proud of what the IA has done to help you be safe from asbestos.

You should also reach out and contact the union to find out what it’s currently doing to help rodbusters get themselves ready for the day when mesothelioma might show up.

Mesothelioma is a serious disease that requires an equally serious response if you want to survive. Your union will help you put up exactly that kind of fight — a serious one.