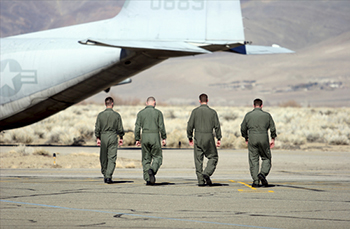 Just because it’s been a long time since you were the heavy driver, naviguesser or wizzo aboard a buffasaurus packing a payload of slicks doesn’t mean you’re not at risk of getting mesothelioma.

Same deal if you were just a scope-dope in the tower or in charge of an igloo, or had any of a thousand other different assignments as a ground-pounder back when you served in the U.S. Air Force.

Get it out of your head that mesothelioma is a disease that affects only squids who spent all their time inside the bowels of ships at sea.

Mesothelioma is a problem for potentially anyone who served in the U.S. Air Force (or in the U.S. Army Air Corps). It doesn’t matter whether you flew during World War II, Korea, Vietnam, Panama or even Gulf War I.

You’ve got mesothelioma today — or you’re at risk of getting it — because in some way, you probably had a brush with asbestos. Asbestos could have been — and probably was — lurking in these places:

Asbestos was there to prevent you from being harmed. A material meant to keep you safe has instead painted you as a target for destruction.

Mesothelioma Spreads at the Speed of Heat

Mesothelioma is the most vicious, determined enemy you’ve ever scrambled against. You haven’t been in a dogfight like the one that mesothelioma is going to bring.

For starters, it knows all the maneuvers you’re going to try to evade it. For a while you may succeed.

But mesothelioma will sweep right past you or drop in from high above and open up with everything it’s got as it makes its pass.

Eventually, mesothelioma will get the upper hand. The objective for you is to drag out the fight as long as possible. The good news is it can be done.

The mineral asbestos comes from mines. Digging it out and processing it isn’t difficult. That makes asbestos, economical, which is why it so much of it has been used.

What it’s used for is fire-prevention and heat-protection. Asbestos is exceptionally good at stopping things from getting fiery hot and exploding into flames.

Until the early 1980s, dangerous asbestos was used to insulate equipment — everything from pipes and ducts to electronic circuits and machinery. 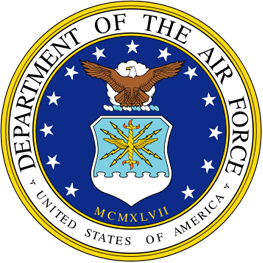 Asbestos was also used to insulate structures of every kind, including barracks and administrative buildings. And many of them — built before you entered the service — were still around long after your hitch was up.

Hangars and flight lines were also places where you could come into contact with asbestos, since it was used to insulate engines and brakes.

For example, as a member of a ground crew you might have used welding equipment while maintaining aircraft. Welding rods were loaded with asbestos. So was personal protective gear — heat-shielded gloves and aprons.

Motor-pool shops were notorious for their high levels of asbestos. Every vehicle equipped with a set of brakes carried asbestos. Change the brakes on a blue steely, for instance, and you’ve got asbestos dust everywhere.

Another place where you could come into contact with asbestos was the mess-hall kitchen. Grease fires were a major worry, so to prevent the occasional stovetop accident from turning into a four-alarm blaze, kitchens were basted in asbestos.

Asbestos poses a danger to you when it goes airborne. That happens when tiny bits of it come loose from whatever material it’s in or upon.

Those tiny bits are so small and lightweight that they mimic ordinary dust particles. In other words, they can float and can keep floating for a long time before they settle.

The usual way that asbestos comes loose in the first place is when the material containing it is disturbed.

Disturbed means hammered, drilled, sawed, filed, sanded, crumpled or simply banged into. It takes very little force to create a disturbance of asbestos and put a cloud of it into the air.

If you pass through a cloud of asbestos, some of the particles will end up inside you — entering either through your nose of your mouth.

If asbestos enters through your mouth, it might travel through your airway or it might be swallowed — in which event it travels to the deepest recesses of your digestive system.

By whatever means it enters and wherever it ends up, the asbestos that gets inside of you is there permanently.

Over the years, that trapped asbestos works at subverting the healthy cells that make up the protective lining of your lungs or abdomen — or maybe even your heart.

It doesn’t take many asbestos particles to do this dirty work. And when the work of subverting your healthy cells is finished, you end up with mesothelioma — one of the most aggressive cancers there is.

Treated, mesothelioma still wins but not for a long while.

Your mission therefore is to play that delaying game.

And the better you play it, the longer you live. Otherwise, expect your situation to turn into a total goat rope. It’s that simple.

So act like the good stick you were in the Air Force and go visit the medical hobby shop nearest you that specializes in treating mesothelioma.

Do what your mesothelioma doctor tells you and you’ll be doing victory rolls for a good long time to come.