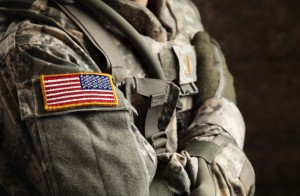 You helped smash down the walls of Hitler’s “Fortress Europa” and played a part in bringing nightfall to Tojo’s Empire of The Rising Sun.

You contributed to the taking of Hill 255 in Korea, to the flattening of the enemy during Tet in ’68, and to keeping those caissons rolling along in every fight, every campaign and every war since then.

You were U.S. Army. A member of the toughest force at arms the world has ever known.

Yes, it’s been a while since you last wore your nation’s uniform in combat. But here you are again, once more facing an enemy that wants you dead and your way of life brought to an end.

You’re fighting the disease mesothelioma. You never saw it coming, but this enemy saw you – through the eyes of its scouts, who lurked right alongside you in a number of places in your camps and bases:

In each of those locations was the mineral asbestos. If you today have mesothelioma, it’s because at some time in your past you were exposed to asbestos.

Mesothelioma shows no mercy and takes no prisoners. 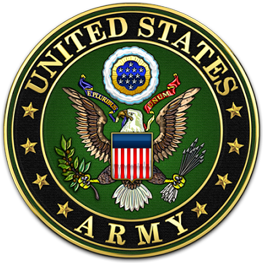 Mesothelioma overruns your position, lines you up in its gunsights, draws a bead on you, pulls the trigger, and laughs with menace as you fade away on this final battlefield.

Mesothelioma attacks you through asbestos that breaches your body’s defensive perimeter. Asbestos enters via your mouth or nose or both – a classic pincer maneuver.

You probably weren’t aware this was happening. And if you could go back in time to take note of every encounter you had with asbestos, you’d be stunned and dismayed to discover how often it happened.

That’s because while you were in the Army, asbestos was in a lot of the same places you were.

You couldn’t have avoided the stuff even if you tried.

Asbestos Exposure Here, There and Everywhere

Asbestos is a cheap, abundant mineral that does an exceptionally good job containing high heat and preventing things from bursting into flame.

The Army thought it was perfect for use in construction materials.

As a result, all sorts of Army buildings contained asbestos.

About the only structures that didn’t contain asbestos were those made entirely of wood or fabric and that lacked power, heating, ventilation and plumbing.

One other place on base where you encountered asbestos was the motor pool. Those garages were constructed of the same asbestos-containing materials as were used in other buildings.

But there was the additional exposure to asbestos from the vehicles kept there.

If you were involved in vehicle maintenance, you probably repaired or replaced brake systems. Those were loaded with asbestos.

Or if you rode around in some of the vehicles – troop carriers, for example – you might have come into contact with asbestos carried aboard on the shoes of the mechanics who worked on the brakes.

And if you were in an armored unit, guess what was inside your tank’s turret to keep you from being burned to a cinder when you fired the cannon? Correct, asbestos.

How Asbestos Attacked You

Asbestos is no threat until disturbed. You disturb it by cutting into the material containing it, or hammering it, or doing practically anything that degrades it.

Once there’s a disturbance, tiny particles of asbestos are released into the air. They’re small enough that they float, just like dust particles.

If asbestos particles are released into the air outdoors, that’s not too dangerous because the wind catches and quickly disperses them.

However, if asbestos particles are released indoors, that can be very dangerous because they have nowhere to go except into your lungs or intestines.

Also, the more confined and poorly ventilated the indoor space, the more concentrated the asbestos particles can become as they hang there in the air.

Once inside you, the asbestos particles become trapped in your lungs or abdomen. The particles remain there for years, and even decades.

During that time, the asbestos works hard to sabotage your body’s immune system so that it no longer works right to protect you against cancer.

The healthy cells that make up the lining of your lungs, abdomen or heart then turn traitor and become mesothelioma cells.

The disease spreads by converting more and more healthy cells to its evil cause.

Your Battle Against Mesothelioma

There is no cure for mesothelioma. At least not yet. So it’s up to you to hold your position until relieved.

Fortunately, you have at your disposal quite an impressive arsenal of weapons with which to fight back and defend your internal terrain.

Your mesothelioma doctor can fill you in on those weapons and put you through basic training with them.

But the key to winning this war against mesothelioma is to enlist in the fight today. Make an appointment right now to see your doctor – a mesothelioma specialist is preferred.

C’mon, soldier. What are you waiting for? It’s time to kill cancer and break its will to fight.