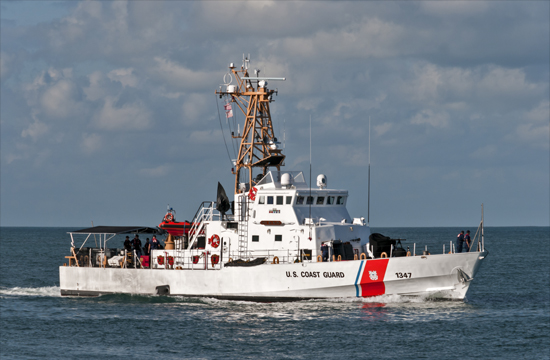 You did your job. You protected America’s and the world’s waters.

You protected lives and vessels menaced by violent, storm-tossed seas, by treacherous ice floes, by all manner of hazards to navigation, and by an endless parade of maritime lawbreakers.

You did all that and more. You did it selflessly. You did it because you were a U.S. Coast Guardsman.

But while you were busy protecting others, there was no one protecting you from a danger hidden within the very ships aboard which you so proudly served.

That danger lurked below decks and inside of certain above-deck structures. Mainly, you encountered the danger — almost always unknowingly — in these places:

At least one of the ships you were aboard contained there was a mineral. That mineral was asbestos. You almost certainly came into contact with it; there was practically no way to avoid it.

What this contact with asbestos did was to set you up for mesothelioma — a cancer known and feared for its relentless aggressiveness.

And if you don’t yet have mesothelioma, don’t consider yourself in the clear.

You are at risk of mesothelioma because you were exposed to asbestos, and you will remain at risk for the remainder of your life.

Mesothelioma Is the Enemy of the Guard

Many in The Guard have been taken down by mesothelioma since World War II. There is no cure for mesothelioma.

Most of the Coasties who developed mesothelioma had no idea where it came from. They didn’t realize the seeds of this cancer were sown during their hitch in the service.

They didn’t realize it because they were never told to be careful around asbestos. And because no one ever told them, they kept coming into contact with asbestos.

Your motto was — and is — Semper Paratus. But there was no way you could have gotten yourself ready to go toe-to-toe with a disease quietly and invisibly building up to deploy against you. 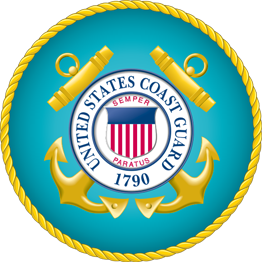 Guard cutters were the vessels packing the most asbestos and opportunities for exposure, but many of the service’s special-purpose craft and smaller boats also contained the mineral.

Shipbuilders put asbestos inside these vessels to make them — if you can believe it — safer.

They used asbestos in the paints on interior bulkheads, plates and hatches. They also used asbestos to cover ducts and pipes. It was incorporated into chains, ropes and machinery.

One place below decks where you encountered asbestos was in the boiler room. The gaskets used around the fire-box access doors and in the various fittings between attachments were loaded with asbestos.

Another place where asbestos was plentiful was the engine room. You were exposed to asbestos any time the turbines or prop shafts underwent maintenance or repairs.

If you operated equipment with moving parts — such as conveyor belts — you probably had regular encounters with asbestos because the mineral was often used in machinery capable of generating heat.

Your crew quarters undoubtedly had pipes and ducts above the bunks. Those components of the ship’s infrastructure would have probably been coated heavily with asbestos.

So, while you relaxed or slept, the deadly mineral was working you over.

In the galley, asbestos was on the walls, and in the ovens and range tops. You were almost surely exposed to asbestos every time you prepared a meal or sat out in the mess and ate one.

Asbestos Was Supposed to Protect You

As minerals go, asbestos is found in abundance all over the world and is very easy to mine.

Because companies that process asbestos don’t have to travel far or dig deep to get it, asbestos was promoted to shipbuilders as a cheap way to make key parts of their vessels fire-safe and heat resistant.

It works like this. If you take metal and coat it with a layer of asbestos, then expose the metal to fire, the metal won’t be damaged unless the fire is many times hotter than normally required to turn metal molten.

The same will be true of other materials vulnerable to fire or high heat.

And aboard a ship, down in the bowels of the vessel, temperatures can easily climb high enough to start fires and cause crippling physical damage unless the heat is well contained.

So shipbuilders throughout much of the 20th century used asbestos like there was no tomorrow. That led to today’s tragedy of mesothelioma among Coast Guardsmen.

The problem with asbestos is it has a vicious habit of releasing microscopic fibers into the air any time it’s disturbed.

To disturb asbestos, all you need do is cut, hammer, drill, sand, bend or basically just brush up against any item that contains the mineral.

The fibers then pop loose and behave like dust particles. That means they form clouds that can float for days before they settle — and can be stirred up into the air again if subjected to even a faint breeze.

Airborne asbestos fibers are easily breathed in if you walk through such a dust cloud.

Inhaled or swallowed, the asbestos fibers from that point work their way into the deepest parts of your body.

The fibers you breathe in go to the bottom of your lungs. The ones you swallow end up in your intestines.

Lungs or intestines, those asbestos fibers go nowhere from there. They’re forever trapped and do damage by trying to corrupt the healthy cells of the lining of your lung or your abdominal cavity.

The process of corrupting your healthy cells can take decades to complete.

But when completed, the first cells of mesothelioma appear. These quickly grow into tumors and the tumors quickly spread throughout your body.

Think of mesothelioma as a terrorist organization trying to run guns or drugs from some international hotspot onto a secluded American beach.

And remember what it took to interdict a contraband shipment. Many of the strategies and tactics you employed against smugglers while you were in The Guard can be adapted for use against mesothelioma.

Sure, there are no vessels involved, and no seas. But to stop the bad guys before, you relied on surveillance, vigilance, planning, technology, hard-hitting action and no small bit of luck.

All of those things come into play now that you’re fighting mesothelioma.

You — in partnership with your doctor and other mesothelioma clinic specialists — will be watchful for signs that the disease is making its play for you.

You and they together will map out how to take down this determined enemy, and will bring to bear against it all the state-of-the-art medicines, advanced therapeutics, and supports from family, friends, and social workers.