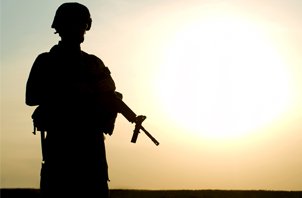 Once a leatherneck, always a leatherneck. Sure, it’s been a while since you served. But you’re still one of the few, the proud.

For you, it’s Semper Fi all the way. Especially now that mesothelioma is lining you up in its sights.

Having mesothelioma means a fight like nothing you’ve ever faced before.

Maybe you were on the beaches at Guadalcanal, Peleliu, or Iwo Jima during World War II. Mesothelioma makes a steel bunker full of Japanese water-cooled heavy machine guns look tame by comparison.

Or maybe you were at the Chosin Reservoir in Korea. Being outnumbered 8 to 1 and facing wave after wave of screaming enemies is nothing next to the onslaught of an army of mesothelioma tumors.

Perhaps you were holed up at Khe Sanh during that 77-day siege in Vietnam back in ‘68. A single, endless night of keeping watch – knowing every tree outside the perimeter held a sniper waiting to pick you off – pales against the dread of waiting for mesothelioma to open up with everything it’s got.

Panama, late 1980s. Maybe that’s where you saw action, helping take down the dictator Noriega. He was one tough brute, for sure. But mesothelioma is worse. It makes that evil tyrant look like a choir boy.

Grab your KA-BAR and slice it anyway you like. The fact is, you’re in a fight with mesothelioma for one reason only. At some point in your past, you came into contact with the mineral asbestos.

Some of the countless possible places where you were exposed include:

The tragedy is that asbestos wasn’t put in those places by enemy combatants. Asbestos was put there by corporations supposed to be on your side.

Mesothelioma Wants You off the Battlefield

Mesothelioma does not want you to win your fight with it. 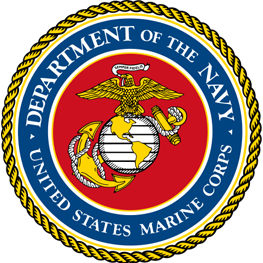 To prevent you from emerging victorious, mesothelioma is going to pull out all the stops. It’ll fix bayonets and run right at you in a full charge.

After that, it’ll open up with its heavy artillery and pockmark the landscape of your lungs or abdomen or heart with crater upon crater.

Then it’ll conduct air drops of eager fresh troops behind your defensive lines, in hopes of cutting you off from health and life itself.

It won’t help that what’s available to you in the way of medical weaponry, clinical strategies and bedside tactics are extremely limited.

Your Engagements with Asbestos Exposure

Asbestos is a mineral. It exists under the earth and is there in big quantities. Asbestos is also easy to extract. As a result, it doesn’t cost much to get or to process.

But low cost isn’t the only reason why asbestos was for a long time attractive to The Corps. Asbestos makes things fireproof and insulates them against high heat.

This includes construction materials, for instance – particularly those used in building ships and in erecting barracks, mess halls, command centers, consulates and other permanent buildings.

Architects, engineers and builders fearful of the damage flames could do insisted on asbestos in pipes, panels, ducts, tiles, shingles, paint, caulk, grout, insulation, furnaces, boilers, generators — you name it.

If you spent any time aboard a ship, you encountered asbestos from the painted bulkheads, plates and hatches, and from the insulated ropes, chains, pipes, ducts and machinery.

If you spent time in a shipboard galley or in a land-based mess-hall kitchen, you encountered asbestos because of the fire and heat hazards ever-present there.

If you slept in a bunk that had pipes running overhead, you encountered asbestos from the insulation that coated those pipes.

If you worked in a machine shop, communications post or power plant on base, you encountered asbestos from some of the big pieces of equipment that needed to be kept cool.

If you worked in the motor pool, you encountered asbestos when you pulled apart vehicle brake systems or certain engine components, such as the gasket between the block and the valve cover.

If you were a driver or crew member in a tank or a cannon-mounted amphibious-assault vehicle, you encountered asbestos from the shields that protected you from the extreme heat of the onboard weaponry.

And if you were assigned to stand guard at a long-ago-erected consulate or if you simply spent time in any older office building, you encountered asbestos from the walls, ceilings, floors and operating systems.

Asbestos and Its Order of Battle

Dislodging happens when the material is scratched, pounded, cut or jostled in some other way.

Depending on the material’s age, it might not take much force at all to cause the asbestos to break away.

Sometimes only a little asbestos gets loose and into the air around you. But all you need is a little in your lungs or stomach for mesothelioma to occur.

Whether you have a little or a lot of asbestos inside you, mesothelioma doesn’t start right away. It takes many years.

Over the course of those years – decades, actually – the asbestos does something to change the makeup and functioning of the cells that form the lining around your lungs, abdomen and heart.

Asbestos mutates those cells into cancer. It’s called mesothelioma because the cells that mutate are the mesothelials. These make up the mesothelium – that’s what the lining is known as.

Once it starts capturing the healthy mesothelial cells, mesothelioma puts into play its own Domino Theory. With stunning speed, mesothelioma spreads from the lining to nearby organs, then to organs everywhere in your body.

You want to win your fight against mesothelioma. For the moment, the best you can hope for is to keep mesothelioma pinned down because there isn’t yet a way to totally knock it out.

In other words, a cure is still off in the future.

But the good news is that your doctor – assuming you go to a mesothelioma specialist – can lead you into battle in a way that prevents mesothelioma from immediately overrunning you.

That leadership plus your battlefield know-how will help you do all the things necessary to stay alive and keep fighting another day – and another and another.