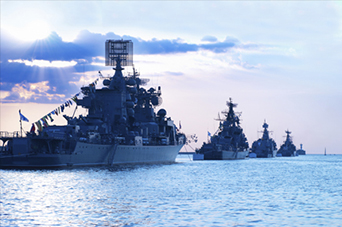 The deadliest warships in the world belong to the U.S. Navy.

Only it’s America’s enemies who are supposed to be the ones suffering from that deadliness, not you.

But suffering you are because the deadliness of our vessels wasn’t limited to the sting of weapons pointed at foes the world wide.

The deadliness of our Navy ships was also pointed inward at:

That deadliness came in the form of asbestos exposure.

Now, because of it, you’re suffering with mesothelioma. You’ve got it and you’re dying.

Or you’re worried that you may one day soon be told by your doctor that this truly monstrous form of killer cancer has pulled abeam and boarded your body.

Lots and lots of sailors like you have already fallen to mesothelioma. Most of them never saw it coming. 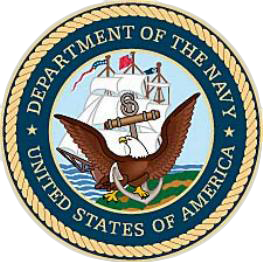 And that’s because no one in the know bothered to warn them – or you – about it. Or about how mesothelioma happens.

So here’s the straight scoop, the inside dope, the scuttlebutt that’s on the level: mesothelioma comes from breathing or swallowing asbestos.

You probably don’t remember coming into contact with any asbestos during your hitch. But you did. You’d be shocked by how much asbestos exposure you had in the Navy.

While you served aboard ship those many years ago, asbestos was part of your seagoing life – a very big part of it.

In fact, there was almost no place below deck that you could go to escape asbestos.

From Carriers to Subs: Mesothelioma Widow-Makers

It didn’t matter whether you served aboard an aircraft carrier, a battleship, cruiser, destroyer, frigate, minesweeper, tender, submarine or practically any other type of vessel in the U.S. Navy Pacific, Atlantic or Mediterranean fleets.

If you served aboard ship, asbestos was there.

It was in the paints coating the bulkheads, plates and hatches. It was in the coatings painted over pipes, ducts and machinery.

You worked in the boiler room, for instance. Asbestos was there. So when you pulled the old gaskets from the boiler and fabricated replacements, you came into contact with asbestos.

Not only that, but you released asbestos particles into the air by working on that system and its components.

Same thing if you were assigned to the engine room and you performed any work on the turbines or shafts.

Ditto if you manned a station inside a gun turret or fed charges and shells to a conveyor belt from the magazine.

If you slept in a bunk that had pipes running overhead, either directly above you or anywhere in your quarters, you probably came into contact with asbestos that vibrated off those pipes.

If you prepared grub for the crew or if you took your meals in the mess, you were surrounded by asbestos. That’s because the galley and its environs were places where fires could easily break out.

They used asbestos to prevent things that generated tremendous heat or flames from causing anything else to catch fire or melt, and to prevent your ship’s personnel from being fried.

Because fire and high heat are such bad news aboard vessels, ship builders loaded tons and tons of asbestos into each of those ladies they sent gliding down the slipway.

As a result, tiny particles of asbestos were in the air of almost any compartment or space you care to name.

Those particles were there because they had broken free from the shipboard materials that contained them.

You didn’t have to try to find them. They found you.

And when they did find you, they became stowaways inside your body. Those particles battened down in the deepest part of your lungs or abdomen to ride out the passing years and decades.

Throughout that time, the asbestos trapped in your lungs or abdomen worked to convince the healthy cells lining those organs that they should mutiny against you and become murderous cancer.

Your healthy cells at first rejected the call to mutiny. But eventually, the asbestos wore down their will to resist. They formed a new allegiance and vowed to scuttle you, stem to stern.

Unless a cure for mesothelioma is found quickly, those cancer cells taking over inside you are going to eventually succeed in sending you to the bottom.

But you don’t have to go down without a fight. There are a number of mesothelioma treatments available to help you battle back – and battle back hard.

These treatments are good and getting better all the time. That’s because there are a lot of doctors and scientists and others who have devoted themselves to helping you add years to your life.

You must act now, however. Don’t wait. Roll up your sleeves and gird your body, soul and spirit for ultimate, total war.