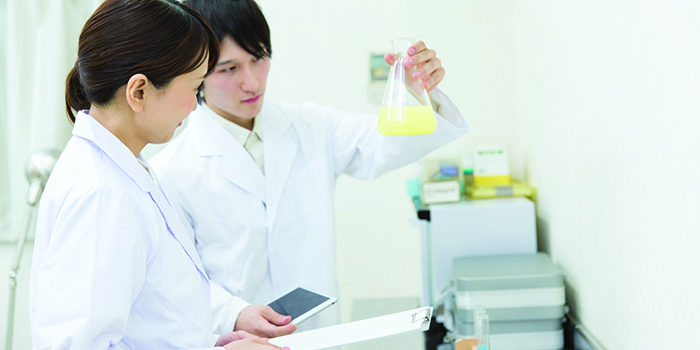 Desmoplastic Mesothelioma Is Rarest Subtype and Hardest to Treat

It’s important to know which mesothelioma subtype you have. The reason is that the ideal treatment is a little different for each subtype.

And, even though the differences are small, they can matter a lot when it comes to helping you survive with mesothelioma for a longer period of time.

You probably already know that mesothelioma cells come in different subtypes. The ones you’re likely to be most familiar with are the epithelioid, biphasic and sarcomatoid subtypes.

It’s a good thing the desmoplastic subtype of mesothelioma is rare because it’s also the hardest to treat.

Researchers in Japan brought this issue up in an article they wrote for the online edition of the journal BMC Cancer.

The article was mainly about one hospital in Tokyo and the experiences its staff had while treating patients with the desmoplastic subtype of mesothelioma.

According to the researchers, desmoplastic mesothelioma makes up about 5 percent of all mesothelioma cases. They think the number might be as high as 10 percent, though.

The researchers prepared their article from records kept by Komagome Hospital. That facility is the home of the Tokyo Metropolitan Cancer and Infectious Diseases Center. That’s the unit where they treat mesothelioma patients.

The researchers examined records from 1996 through 2012. They found records on 60 patients with mesothelioma. Of these, there were four who had desmoplastic mesothelioma.

One patient was 69 years old. He was admitted to the hospital after being unable to shake a severe cough.

The doctors who saw him before he went to the hospital had taken an X-ray of his chest and found some things they couldn’t explain. They knew he had a history of tuberculosis. But the X-ray wasn’t showing tuberculosis. It was showing something else and they couldn’t diagnose it.

The hospital did a CAT scan on the patient and noticed that the tissues lining his lungs were unusually thick. When they followed up the CAT scan with video-assisted thoracoscopic surgery — a diagnostic procedure — they saw lots of inflammatory cells.

The video-assisted thoracoscopic surgery revealed the shape and layout of the fibers in the lining were the same way as desmoplastic mesothelioma fibers.

The only thing the doctors felt they could do for this patient was to provide him with chemotherapy to ease the pain.

However, knowing exactly what type of mesothelioma he had allowed the hospital to properly tailor the chemotherapy. As a result, he got the pain relief he needed.

But he also got something more. His mesothelioma tumors started shrinking. He survived nearly a year after starting chemotherapy. He might have lasted even longer if he did not have a fatal heart attack, the researchers said.

The other three desmoplastic mesothelioma patients discussed in this article were fairly close in age to this first patient. And, like him, they benefitted from receiving treatments tailored to the exact subtype of mesothelioma cell that was found in them.

The title of the article is “Malignant Mesothelioma of the Pleura with Desmoplastic Histology: A Case Series and Literature Review.”